The machines are always ready 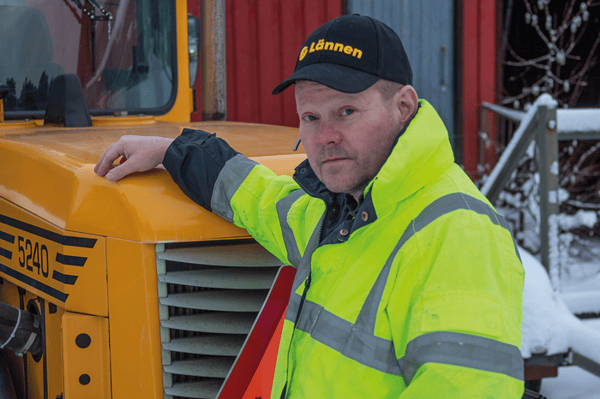 The property management company Kiinteistöhuolto T. Rajaluoto Tmi is used to working in the changeable and challenging conditions of the north with more than two decades of experience. This means that not only the workers but also the machines have to be always ready to act. 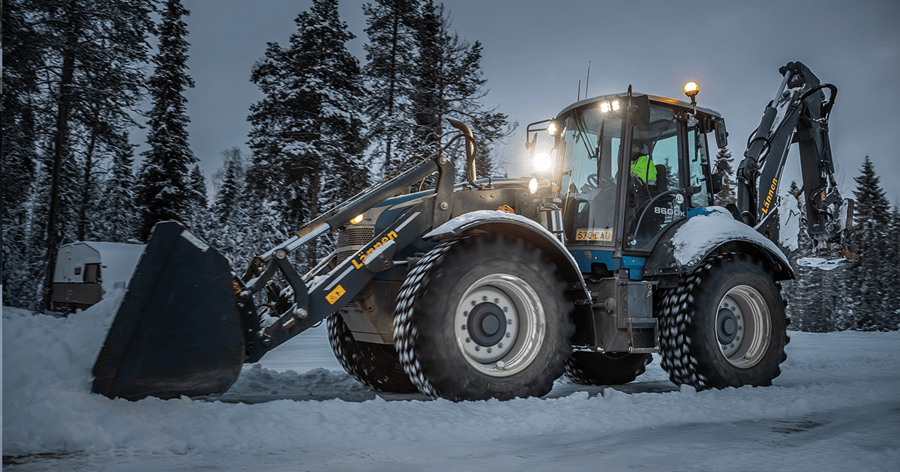 Lännen multipurpose machines are suitable for the varying and challenging conditions in the north, as the machinery is expected to be efficient, reliable and versatile.

Winter has already been coming for a while in northern Finland and the scenery of Sodankylä is already wintry, even if there has been more snow at the start of December on occasion. However, in these latitudes it is very likely that winter will mostly be very similar year after year: there will be snow and frost, and usually plenty of it.

Winter has already been providing work to the property management company Kiinteistöhuolto T. Rajaluoto from Sodankylä for 21 years, because even though they do work year round, the machines get most of their working hours during the snowy season in particular.

And when you combine snow, frost and keeping the promised schedules, this means that not only the personnel but also the machinery has to be efficient, reliable and versatile. In fact, the most active part of Kiinteistöhuolto T. Rajaluoto’s machines consists of familiar Lännen Tractors models: Lännen 8600K, Lundberg 5240 and Ljungby L13.

The Lännen 8600K multipurpose machine is the company's fourth used Länkkäri. Tapani Rajaluoto does not see any risk in buying used ones either, as Lännen's aftersales always worked quickly and reliably.

A used machine is a reliable choice

Entrepreneur Tapani Rajaluoto says that their first Lännen machine ever was the 820C model, and now they are using the fourth machine from the same manufacturer. The current 8600K is a 2018 model, and it was purchased used.

– We have always looked at other options, too, but we’re accustomed to the Lännen machines, they’re pretty great, Tapani comments.

”That’s the thing about these machines, the after-sales service actually works. Sometimes there’s been some small problems after the sale, like a sensor malfunction or something, and they’ve always been fixed very quickly.”

The common factor of the company’s Lännen multipurpose machines is that all of them – the 820C, 8600G, 8600i and the 8600K - have been purchased used. Did they have any hesitations about buying used machines?

– That’s the thing about these machines, the after-sales service actually works. Sometimes there’s been some small problems after the sale, like a sensor malfunction or something, and they’ve always been fixed very quickly, Rajaluoto says.

– And if we’ve had any questions, Markku Vähätalo from Lännen’s technical support always has an answer, he continues. 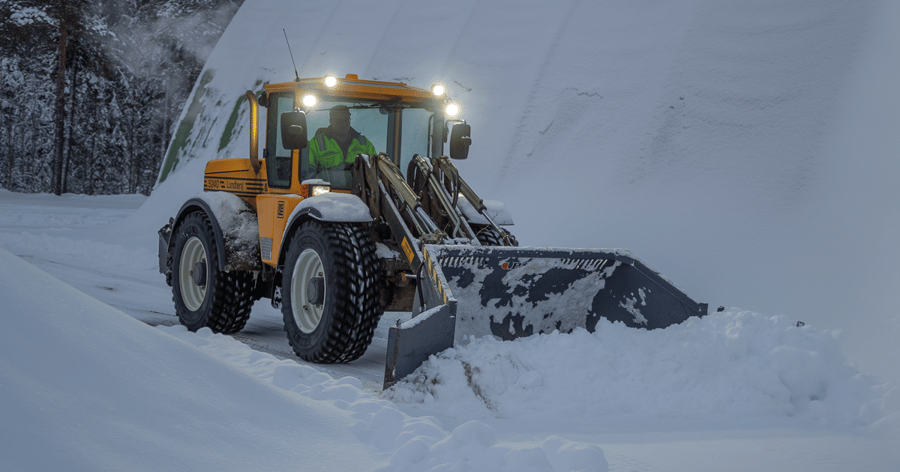 The Lundberg 5240 multifunction machine remained in the use of Kiinteistöhuolto T. Rajaluuoto at the end of a few weeks of test driving, when the machine was found to be a powerful piece of equipment for property management

The other powerful piece of equipment for property management is the Lundberg 5240, which was purchased new. They had no previous experience of this make of a machine; its predecessor was a traditional wheel loader.

When the time came to find a replacement, the people at Rajaluoto considered getting a full-fledged environmental management machine like this. Lännen Tractors gave practical assistance with making the choice.

– Everything went pretty easily because they brought the machine to us for a test drive, and here it stayed,” says Tapani Rajaluoto.

– I don’t think we would’ve just gone and bought it otherwise, but after having a few weeks to test drive it and get a good feel, the decision was clear.”

”I mainly drive the Lundberg myself, and it’s incredibly agile and efficient. And even though I’m always driving full throttle, the average fuel consumption is still about five litres per hour.”

Last summer they purchased a Ljungby L13, which is a 2006 model that has nevertheless remained good as new after all these years. It has been driven for 200 hours in Sodankylä, and they have already taken note of the power, speed and low consumption of the machine.

– We recently got a lot of new areas to manage, and after a small break, we needed a wheel loader again. This was a great choice, Tapani says.

The employees have also been happy with the machines. Property Manager Ari Kiurujärvi says that the machines are easy to work with.

– It’s like they’re designed for property management, and they handle really well, he sums up.

– I mainly drive the Lundberg myself, and it’s incredibly agile and efficient. And even though I’m always driving full throttle, the average fuel consumption is still about five litres per hour, Tapani is happy to say. 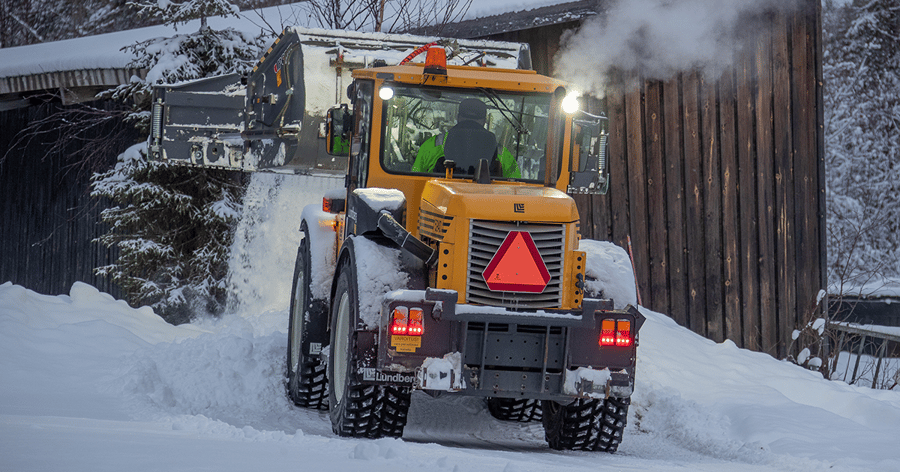 Tapani Rajaluoto praises Lundberg for being incredibly agile and efficient.

In addition to the traditional property management tasks, such as clearing snow, brushing and other traditional chores, Rajaluoto’s machines are also used for earthwork.

– These machines also bring new opportunities for those kinds of jobs, which means that we aren’t dependent on a single field, Tapani says.

The machines are maintained by the local company Tunturiauto, and the Lännen seller for the area is Jari Järvinen in Oulu.

– Even the used machines have been a reliable choice, and the replacement interval has been 3–4 years. It always depends a bit on what mood you’re in when the seller calls, Tapani thinks.

– A versatile range of machines makes it possible to do all the projects we can participate in effectively even when the competition is tough, Rajaluoto concludes.

And that is why they always need to be ready. 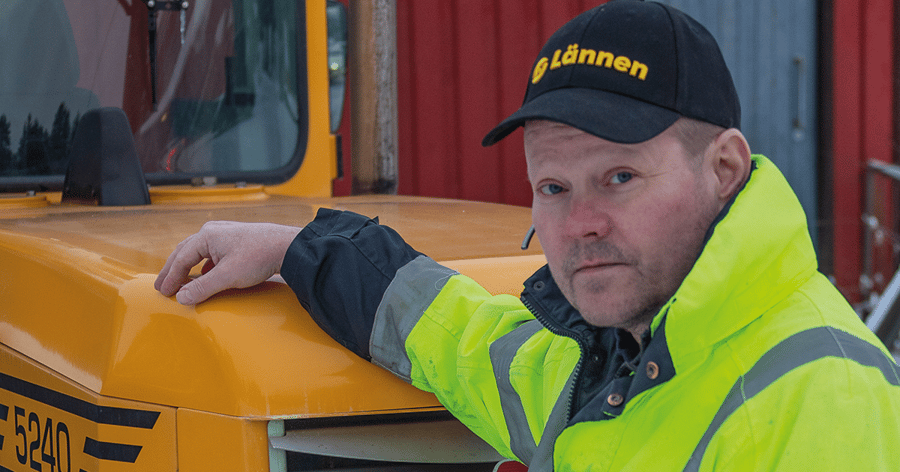 In addition to the traditional property management tasks, such as clearing snow, brushing and other traditional chores, Rajaluoto’s machines are also used for earthwork.