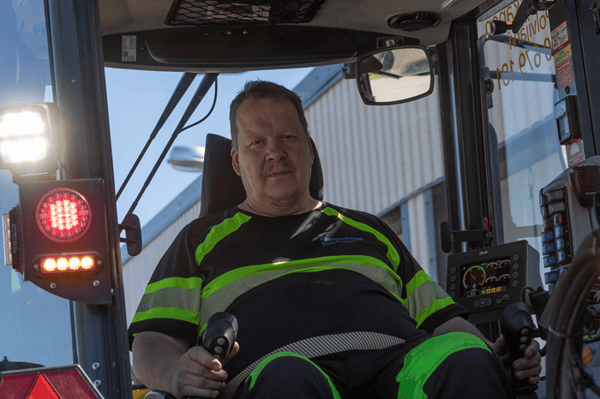 Timo Tanskanen works with precious metals every day, using a Lännen multipurpose machine. His worksite probably has something to do with the matter, but these machines have also proven to be just as valuable as gold during the decades. The first three decades together never gave him any reason to even consider trying a different brand.

Timo Tanskanen from Polvijärvi is a busy man, since the local Kylylahti copper and gold mine tends to keep him working hard. Actually, the Lännen multipurpose machine mostly used in this Boliden mine is the thing that keeps him busy.

However, Timo is never too busy to exchange a few words about Lännen machinery. The newest acquisition by Koneurakointi Tanskanen Oy is the Lännen 8600K Premium, and this machine, bought in January 2020, is the seventh Lännen machine in the company.

The Lännen machines acquired by Timo Tanskanen over the past thirty years have proven to be worth their weight in gold due to their employment effect. The absolute prerequisite for using seven days a week all year round is multifunctionality.

One second-hand and six new ones

The first Lännen machine, C10, came to the house as used, in 1985. At the time, the plans for the future were not yet set in stone, and the project was supposed to be just a test.

“I tried my neighbour’s machine back then, and got bit by the excavator bug. That was the first step,” Timo says. The rest, as they say, is history – and a part of the future, too, of course.

Since then, they have gotten their machines from Loimaa for more than 30 years, and the latest, i.e. the seventh one, is this Lännen 8600K.

So, what is the main reason for buying a machine from the same brand time after time?

“Reliability, Finnish origins and, most importantly, the ease of working with the manufacturer. That’s pretty much all it takes,” Timo states.

Well, there probably needs to be a job that the machine is needed for?

“Kylylahti was opened in 2010, and I’ve been working at the site since the beginning. The machine is used for small excavations, loading materials, cleaning drilling sites, tunnel repairs and other mine work, both in the tunnels and on the surface,” Timo says. Everything does not depend on the mine, though. “Private people have use for the machine, too,” Tanskanen adds. 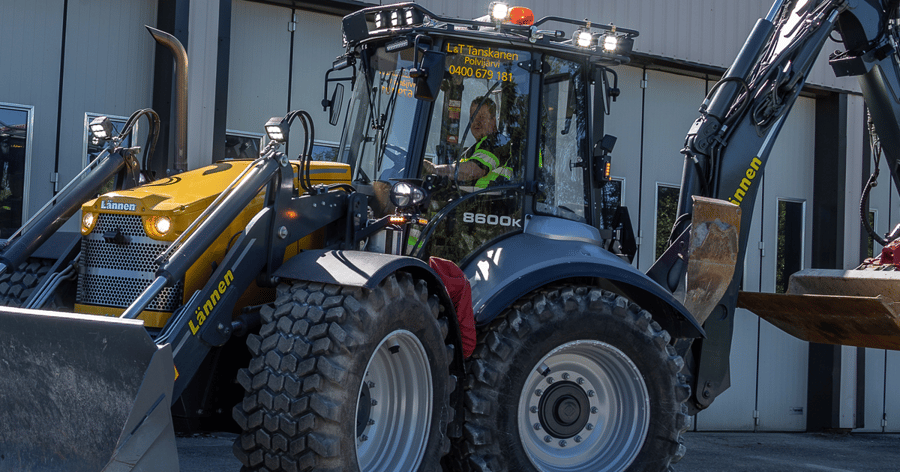 Of course, it’s good if the machine is suitable for many kinds of work, and it would be a waste if such an investment failed to be so. All the more reason for the careful consideration of the machine’s equipment. One example of the new things is a Dynaset vibrating boom, which Timo Tanskanen praises freely.

“I didn’t have any previous experience of this, but I heard good things about it, so we included it. And it is pretty good. It is in a class of its own when you need to scatter sand or level a surface. When emptying a bag of chalk, the bag valve can easily give away, but this vibrating boom solves the problem in just a few moments. The stump grinder by Havel Oy makes whittling stumps away easy as can be, and the vibration helps the asphalt cutter slice asphalt like it’s melted butter,” Timo says, listing a few of the machine’s applications. This accessory, like all the rest of them – such as the 33 LED work lights – was installed at the factory.

“This probably became the brightest Lännen machine ever,” Tanskanen says. “And we didn’t spare any expenses with the rest of the machine, either. An effective extinguishing system was pretty much a must. The last place you want to start a fire in is a mine tunnel,” he points out. 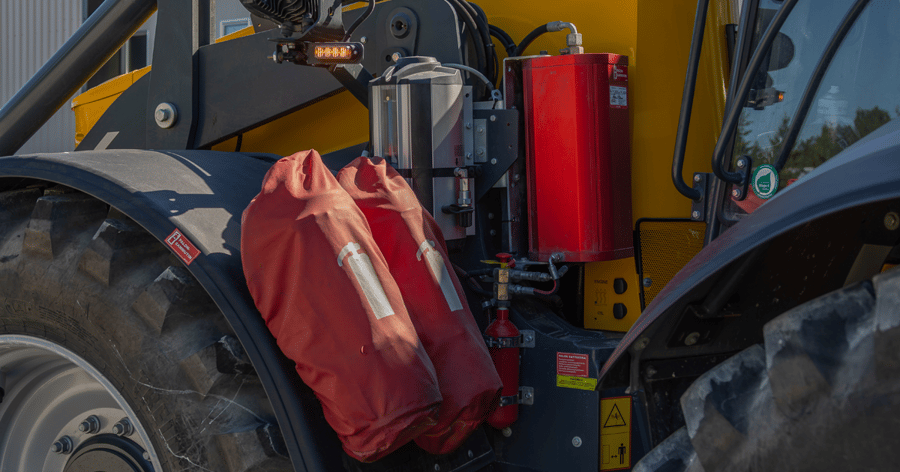 The machine is used for small excavations, loading materials, cleaning drilling sites, tunnel repairs and other mine work, both in the tunnels and on the surface. Everything does not depend on the mine, because private sector have use for the machine too.

At Tanskanen, they have always had a realistic view of replacing machines, and that was true this time, too. “I’ve always been very satisfied with the machines, and they all still had some life left in them before we replaced them. Our machine is in use seven days a week, and I think it’s better to invest in an exchange value than possible stoppages,” Timo says,

“and these machines also improve over time. We have moved forward from the I model, now, and to a good direction. Even if the old one was good, too. But the solutions that make the operator’s life easier have especially improved, such as better functionality of the gearbox and increased power,” Timo says.

”I’ve always been very satisfied with the machines, and they all still had some life left in them before we replaced them. Our machine is in use seven days a week, and I think it’s better to invest in an exchange value than possible stoppages.”

The Tanskanen company manages most of the machinery’s maintenance measures by themselves and, if necessary, they contact the Raskone in Joensuu.

“They have workers with Lännen training, in case we encounter some more challenging issues. But we haven’t needed to bother them too much. This machine has been in use a little less than a thousand hours, by now, and it has all gone smoothly,” Timo sums up.

As did the 30 years with Lännen machines before that, we assume. Timo says that he wanted to give his concrete thanks to the factory about the smooth cooperation some time ago.

“These transactions have been a great success thanks to Jari Järvinen. And since I’ve been pretty happy with the company, I decided to celebrate the 30 years of cooperation with something a little different. I ordered coffee with cake from a catering company in Loimaa for the whole factory,” he says. Usually, it tends to be the company that thanks its long-term customers instead of the other way around, so this alone is a clear sign of a great customer satisfaction. Still, brand loyalty is an even clearer sign.

“I’ve never needed to feel disappointed. I suppose I would have changed brands once or twice as a protest, if this hadn’t gone as smoothly as it did,” Timo states from the machine cabin and drives off towards the mine. 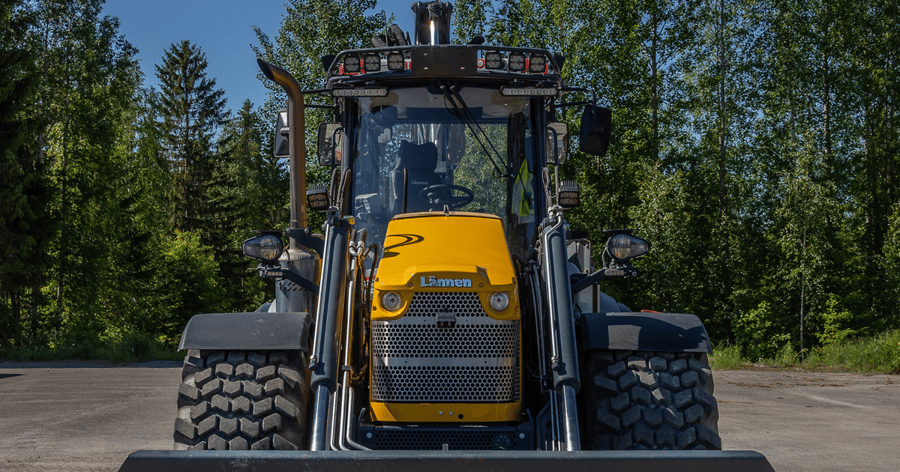 If you have additional questions, need an offer or want our sales to be in touch with you, then click here.

Max Kvickström started his Lännen career in April 1987 working as an export manager responsible for Lännen backhoe loaders at Syväte Oy and has continued...

Just like the perfect asphalt surface, a successful machine company is built on a strong foundation. Kaivinkonetyöt Hannu Jantunen Oy based in Haapavesi...

Thanks for Lännen calendar photo competitors! »

We've got plenty of great Lännen photos, which show how you can operate with versatile Lännen multipurpose around the year!Lännen 2021 calendar will be...