The tramway network in Tampere is shaping up at a promising pace, and as in any large project, the skills of the operatives are crucial for the success. NRC Finland, which is a part of the Tram Alliance, acquired a fully equipped Lännen 8800K multipurpose machine for the project.

The growing population of the city of Tampere is increasing pressure on the public transport. As a solution to the continuing growth expected in the future and to meet the challenges of the environmental sustainability, the city decided to improve its existing public transport network by building a tramway.

The first phase of the tramway project comprises the construction of lines from Pyynikintori to Hervanta and from Tampere University Hospital to Hatanpää. In charge of the construction is the Tram Alliance founded by the City of Tampere, Tampereen Raitiotie oy and the construction service providers NRC Group Finland oy, YIT Suomi oy, Sweco Finland oy and Poyry Finland oy. The total length of the lines will be approximately 16 kilometres plus four kilometres of depot track. The first phase of the tramway is planned to have 23 stops and reservations for three more stops. The operation of the tram is scheduled to start in 2021. 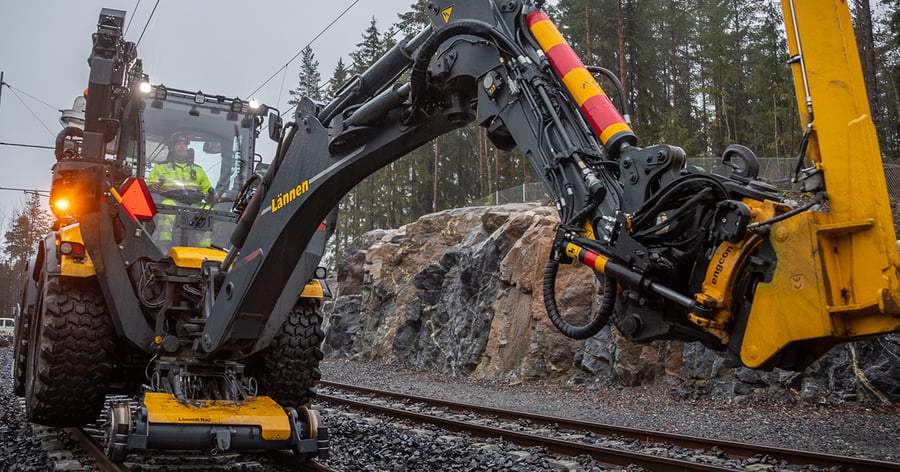 NRC Finland uses their fully equipped Lännen 8800K multipurpose machine on the track, on the road and in the terrain within the Tampere tram project.

A range of equipment to choose from.

Of course, the project involves a lot of construction work before the operation can start. A common sight at the construction site is the versatile Lännen 8800K machine with its truly wide variety of accessories, specifically tailored for the Tampere tramway project. After the transport network is completed, the machine will – thanks to its versatility – be used for maintenance of the tramway.

The Yellow Lännen machine, equipped with a hydraulic rail wheel drive, includes a track wheel unit with a gauge of 1435 mm, and the profile matching the rail. In addition, this versatile track construction machine is equipped with the Lännen L1900 aerial work platform, a special cab with unobstructed upward view, originally designed for forestry and hoisting purposes, a power generator from Dynaset, a trailer mounted on rail wheels, a hydraulic reel stand, a hydraulic guide for the contact wire mounted on the backhoe, rotary brushes both in the front and rear, a rear-mounted sand-spreader, a rail groove cleaner, a collecting sweeper in the front as well as various buckets.

Mr Ari Valaja, who is the foreman at the electric maintenance department of NRC Finland, says that installing the overhead contact wires for the trams, will be one of the most important tasks for the machine during the construction phase. “The aerial work platform, together with the multifunctional cab and the contact wire guide on the backhoe are indeed a really a well-functioning combination” says Mr Ari Valaja.

“Installing contact wires using a machine like this is a totally new practice in our company. This machine can pull the wires into position even before the rails are in place. That is advantageous in places where working on the tyres is possible, like, for example, in urban areas and on a fixed rail slab” he adds. Installation of the contact wires on the railways is routine work for NRC Finland , but for that purpose the company normally uses a wire installation car or a special train. "Using those here would be totally irrational" Mr Valaja says. 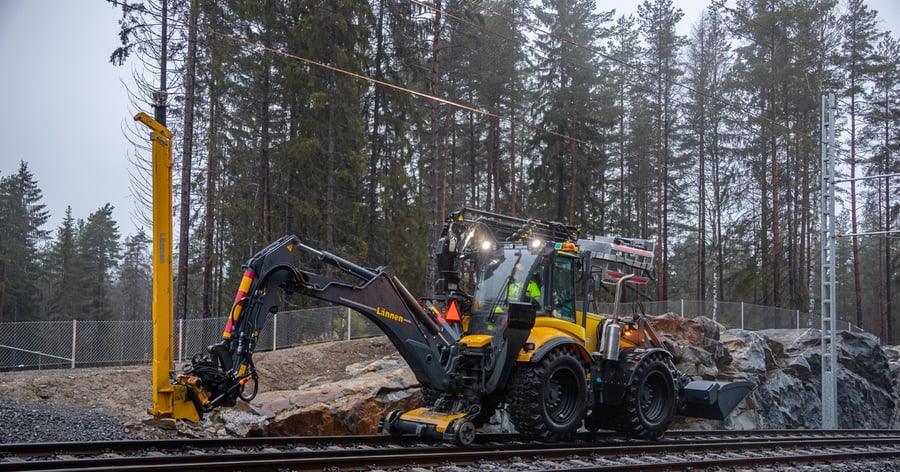 A much better tool than before.

The appointed operators of the machine, Antti Friimäki and Pekka Niemelä, are experienced users of Lännen machines. Both are perfectly accustomed to maintenance work on the track, including cutting of brushwood on the side slopes and clearing snow, and now also building a tramway. Both men are visibly pleased with the machine.

“Compared to the previous model from the year 2014, the machine has developed a lot and its stability has improved. In particular, the featured frame oscillation brings a completely different feel. Now I can take the machine to places, which were almost inaccessible before” says Friimäki. “In addition, the hydraulically driven track unit makes it possible to pass gears and grooved tracks while clearing snow, because now the snow won't be packing under the tyres. Besides, this machine is much easier to manoeuvre in tight places, ”Antti continues.

Mr Niemelä is also fond of the machine. "The unobstructed upward view from the cab is a really good thing. The hydraulically operated track unit is also handy if there are uneven heaps of macadam between the rails. Those heaps can be passed over simply by raising the machine a little" he adds and sums up the opinions: "an excellent unit in every sense, comfortable, safe and easy to work with."

"Without Lännen multipurpose machine, we definitely couldn't complete this project successfully within the given framework." 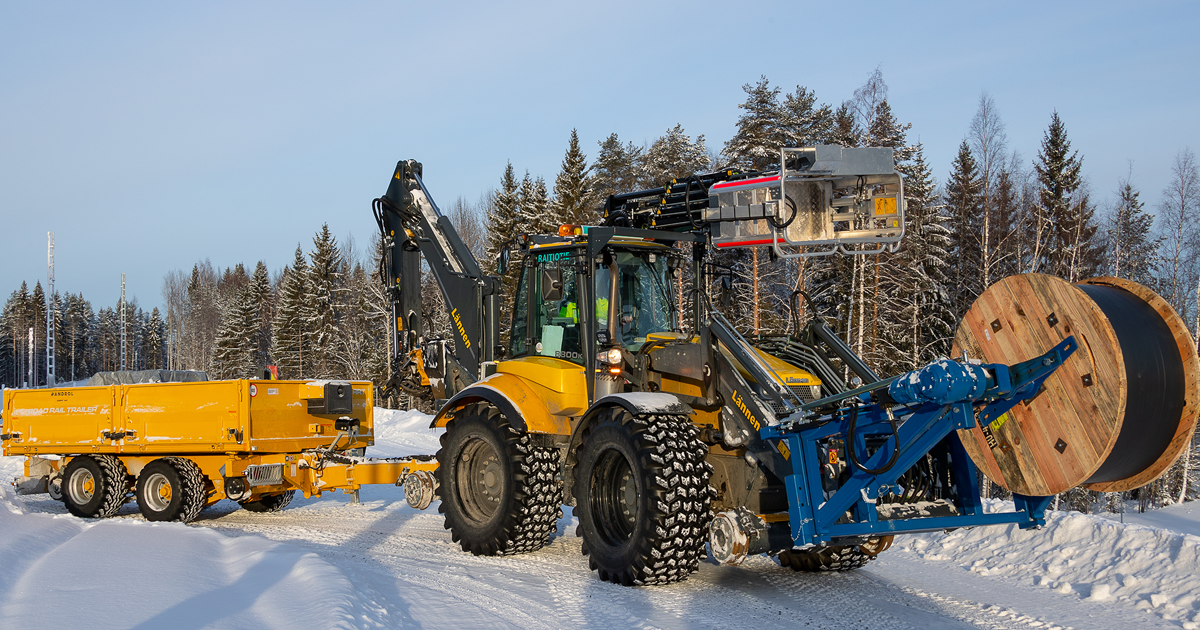 After about one year's operation, the machine has 1,300 hours on the counter and everything has gone in a positive spirit. According to Ari Valaja, the cooperation with Lännen Tractors has been excellent ever since the design and procurement phase. The machine has worked well and all the accessories acquired for it have proved to be useful. Initially, we were just curious to see, could a work like this be carried out using a multipurpose machine. After having gained some experience, Mr Valaja is very firm in his opinion. “Indeed, a machine like this is absolutely a must for working under these conditions. Without this machine we wouldn't have succeeded” he finally sums up.