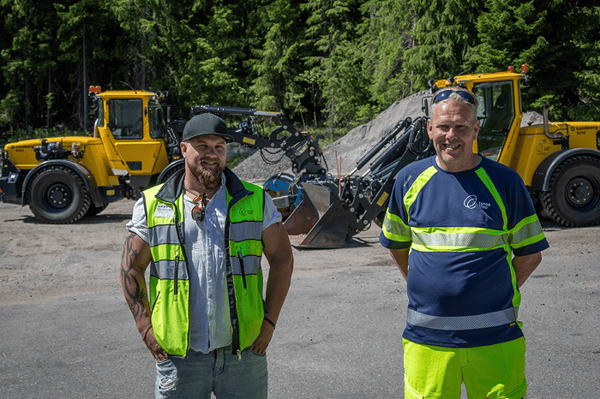 A group of four new Lundberg 8250 multipurpose machines was added to the street maintenance fleet of the City of Espoo at the turn of the year. The City had some previous experiences with the brand, but what could be a better way to gain new ones than adopting the largest model of the completely renewed machine series.

Jari Asp expertly guides his Lundberg 8250 multipurpose machine to a pile of crushed rocks, and the machine that Jari has used since the start of the year obeys compliantly. The pair has got to know each other for six months now, and although Jari has worked for the City of Espoo for 30 years and his new Lundberg only for about 500 hours, it has been easy to find a common language.

This is clearly evident in the operator’s smile, and the machine does not appear to have any cause for complaint either. So let’s find out more about Jari and his new colleague. 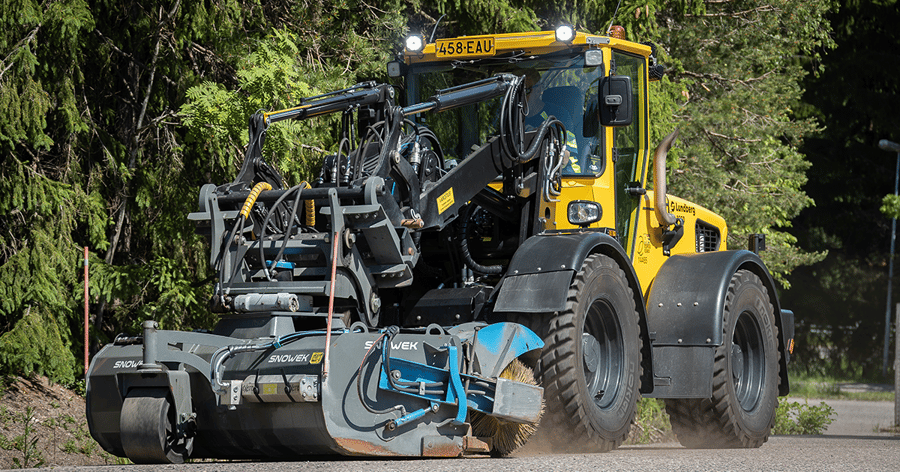 The City received four of this latest and largest Lundberg machine model at the start of 2020.

A clear indicator of an operator happy with their machine is that hardly any questions need to be asked, experiences are shared almost without prompting. This is also the case with Jari Asp, and the listing of positive attributes begins:

“Compared to the earlier machine of a different brand, this one is simpler in many respects and in a good way. The programmable tool profiles that can be selected quickly are another big plus. For example, in order to switch from a shovel to a brush, you just have to attach the tool and change the profile, and all hydraulics and other adjustments are ready to go,” Jari explains.

What about the actual tasks, how has the 8250 performed?

“The strength and engine power is there and we have experienced no problems with excessive heating, not even in this hot weather,” Asp says, referring to the long heatwave of nearly 30°C.

“With the previous machine, that of a different brand, we got used to excessive heating when a great deal of working hydraulics were needed. That problem does not occur with this one.” 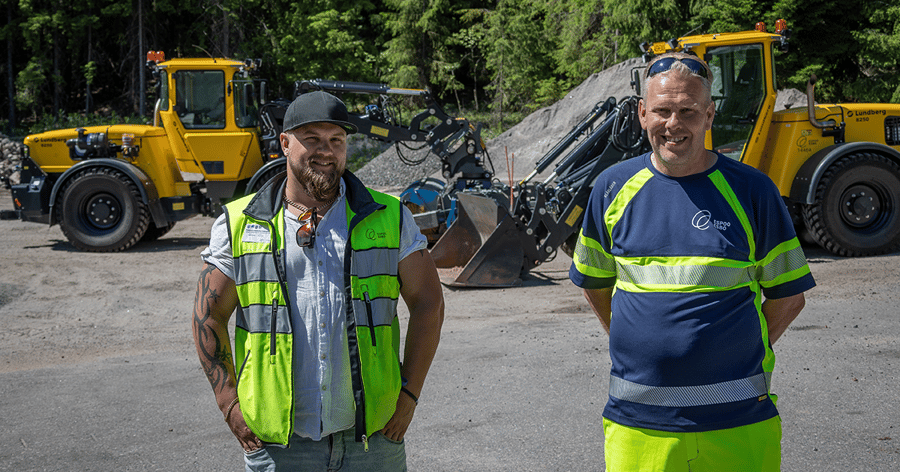 The regional foreman of Espoo’s northern street maintenance unit Mikko Einari Koskinen (left) and operator Jari Asp have made the most out of their new Lundberg 8250 multipurpose machines for a good six months.

Before we continue with Jari, let’s talk to Mikko Einari Koskinen who is the regional foreman of Espoo’s northern street maintenance unit. On the whole, how have the new machines performed?

“The City last worked with Lundberg machines in the 1990s and early 2000s, so it can be said that this is a new experience for us. We are now making the most of the machines and seeing how it goes,” Koskinen states.

“We were unable to learn much about winter tasks this year, but spring tasks, such as the removal and washing of gritting sand, have gone well,” he continues.

“We need multipurpose machines that can be used throughout the year, and the 8250 appears to meet this requirement. We especially value great lifting heights, since we use vehicles of different sizes. Hydraulic output also plays a big role, as does the speed of 50 km/h,” Mikko Einari Koskinen lists.

“These features make our work more efficient, and we can move among traffic more smoothly and cover long distances quicker thanks to the higher top speed.”

Lundberg 8250 has proven to be a powerful, stable and reliable machine.

Easy to get used to good things

Espoo is also aware of the fact that efficiency is not just a question of power and speed. How the operators feel at their place of work is also important.

“The excellent seat on this machine is important for the operator’s comfort and health,” Jari Asp praises.

“And the cabin also has air conditioning. Even a larger person can easily adjust the seat, the safety belt is also comfortable and for once there is plenty of room in the cabin,” he continues.

Jari also feels that the visibility is good, but the new beam structure still requires some getting used to as the middle cylinders are located differently than in previous machines. The stability of the machine also receives praise.

“Liquid-filled tyres are something we have not tried before, but they appear to be working well,” both men ponder.

The pair also praises the sales organisation, in this case Tuomas Ventomaa, who was responsible for selling the four Lundberg 8520 machines to the City.

“All additional work we have later requested has been carried out, and maintenance has worked extremely well. I believe that this is a machine that will serve us well for a very long time,” Mikko Einari Koskinen concludes.

”We expect machines to be versatile all year round, and the 8250s seem suitable for this.”

The main work tasks for this type of machine are in plow, bucket and brush work. In addition to the power and hydraulics already mentioned, the machine also receives praise for its stability.

- We also have liquid fillings in the tires here, it has not been tried before, but the power to influence, both men thought. - Now that the collecting brush is raised, the stern no longer tries to get up at the same time, adds Jari Asp.

The same jury also gives full points to the sales organization, in this case Tuomas Ventomaa, the seller of Lännen Tractors, who made the trades out of all four Lundberg 8520s that came to the city of Espoo.

- All the extra work we asked for afterwards has also been done on time, and the maintenance has worked really well.

I believe that this is the kind of machine that will serve us for a long time and in the desired way, Koskinen concludes. 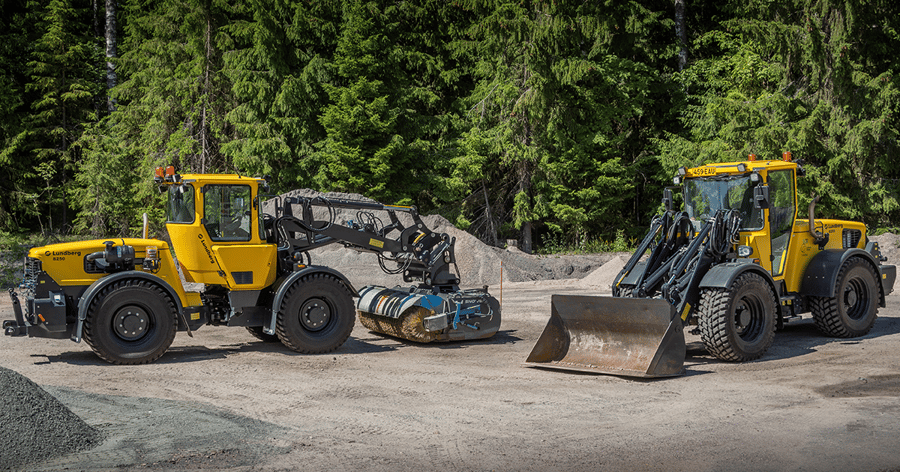 The distances covered in the northern maintenance region can be up to 20 kilometres, so the machine’s speed of 50 km/h is an important factor in the efficiency of daily tasks.

If you have additional questions or want our sales to be in touch with you, then click here.

Lundberg working in the City of Art »

The town of Mänttä-Vilppula in Upper Pirkanmaa province was formerly known for its strong forest industry, but more recently the region has gained special...

Lundberg unveiled their latest series of multipurpose machines early in the summer in Stockholm. The technological solutions and properties of machines in...