Lundberg working in the City of Art 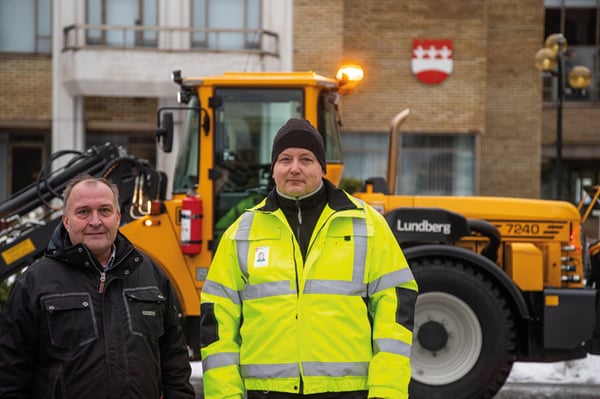 The town of Mänttä-Vilppula in Upper Pirkanmaa province was formerly known for its strong forest industry, but more recently the region has gained special reputation as the city of art. Like any other community, this forward-looking and rapidly developing city also needs well-functioning equipment for maintenance of its infrastructure. Their newest acquisition for this purpose is the Lundberg 7240 multipurpose machine, which has just arrived in the town.

Story has been released in Lännen Nyt! -customer magazine 01/2020

The art city Mänttä-Vilppula in Upper Pirkanmaa, widely renowned for its fine art weeks and Serlachius museums, has a vibrant look even outside the tourist season. In early days of December, day-to-day life is proceeding quietly in the city centre of Mänttä. The first thin layer of snow has been covering the ground already for a while. As the reading of the thermometer has risen above zero, the snow ploughs of the street maintenance machinery have been for the present replaced by sand-spreading buckets.

The maintenance worker Jani Innilä is manoeuvring the Lundberg 7240 multipurpose machine, the newest motor-powered work machine acquired by the town, in the roundabout by the city hall. The Lundberg, which was purchased in May 2019, is the first machine of this brand, owned by the city itself. Previously the town of Mänttä-Vilppula had gained experience from two competing property maintenance machine brands, but they did have some foreknowledge about Lundberg as well: before purchasing a new machine after having been surprised by a sudden need for extra machinery, the city had rented the Lundberg 7220, formerly owned by the city of Orivesi, for five winter months. 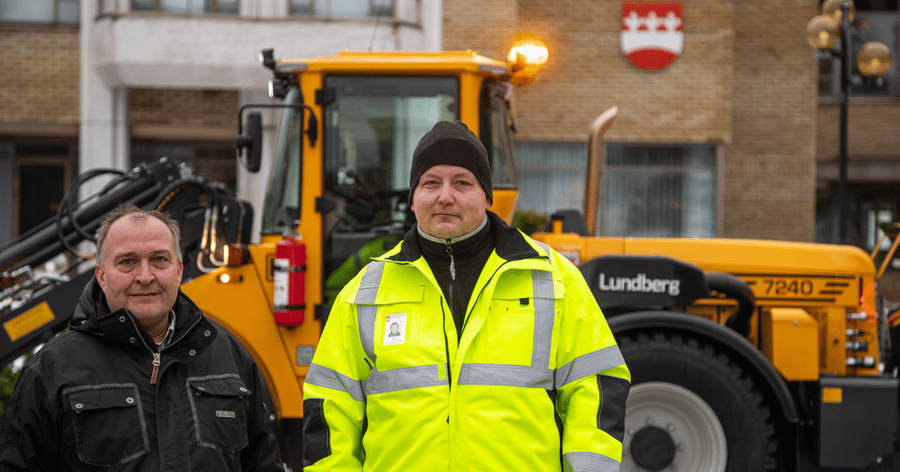 Both Infrastructure Service Manager Mr Arto Myllylä, and the maintenance worker Jani Innilä affirm that Lundberg has surprised them positively. In particular, the operator praises the spacious, quiet cabin and the smart steering system.

The whole procurement process was a success from start to finish.

The Infrastructure Services Manager, Mr Arto Myllylä tells us that the whole tendering process was right from the beginning based on a detailed list of requirements . “The procurement was guidelined by a long list of requirements, ranging from external dimensions of the streets and garages to the weight, power, capacity and other similar characteristics of the machine ​​– not to mention the numerous other requirements. In the end, the winner of the price-based procurement was Lundberg”, says Mr Myllylä. "The brand itself did not matter to us; frankly, we were looking just for a machine, with which we would be able to cope with all our duties" he continues.

”The delivery was down to the smallest detail in compliance with the offer request.”

According to Mr Myllylä, the whole procurement process with Lännen Tractors was a new and positive experience for the city. “The delivery was down to the smallest detail in compliance with the offer request, including the hydraulics and lights, which were installed just as we had presumed. It was also important that we were so thoroughly familiarised with the machine. Even that was included in the offer request”, Arto Myllylä emphasises. "It is noteworthy that we didn't encounter any initial difficulties or so-called teething troubles whatsoever during this acquisition", he recalls.

In Mänttä-Vilppula, the busiest time for the new Lundberg is the winter maintenance season. During that time the reliability and efficiency of the machine must meet the expectations.

A machine made for its work.

“The distance between these two populated areas is merely five kilometres, and travelling between these sites goes quickly with this fast machine without jamming other traffic,” says the maintenance worker Jani Innilä. "The other drivers only rarely need to overtake my machine. That frets much less everyone's nerves and increases the safety", he sums up.

Mr Innilä has been operating the machines owned by the city for about four years now. He has also worked with various machinery in his earlier career. But those machines, however, were much larger than the one that he is driving now. “I was working in forest industry, driving machines in a storage field for logs”, says Mr Innilä. What has it been like to change from a large machine to a smaller one of slightly different type? “Actually, I haven't found it difficult at all. Of course, sitting in the front part while the rear part is turning feels slightly different, but controlling the machine using the joysticks feels more or less the same” Mr Innilä laughs.

His opinion about Lundberg is positive. “First of all, the cabin is quiet and spacious. There's enough space even for a sizeable driver like me. The visibility from the cab is excellent, which is of course important while working in the city”, Innilä lists. He also praises the functionality of the control system. “The hydraulic circuits in both front and rear can be controlled using just one lever. There is no need to control the rear hydraulics separately. In addition, all the switches are conveniently located close at hand.

“The hydraulic circuits in both front and rear can be controlled using jsut one lever. There is no need to control the rear hydraulics separately. In addition, all the switches are conveniently located close at hand.” tells Jani Innilä about his user experiences.

Towards the winter, in positive spirit.

According to Mr Myllylä and Mr Innilä, the weight class of the 7240 is just right  - the machine is neither too small nor too large. "It differs from its predecessor in the respect that now I can reach high enough to load properly any lorry we are using with any of the buckets", Mr Myllylä praises. Resulting from the experience gained during the first half year of operation, great expectations have been placed on Lundberg for the coming winter. The machine is expected to meet these expectations well: “The machine must be reliable and efficient. There are no spare machines available and repairs are expensive as we don't have a workshop of our own. Besides, all those hours the machine is standing still reduce our capacity to provide services”, Mr Myllylä emphasises. “But all in all, so far it seems that we've purchased a really good machine. A deal, which has taken us by such a positive surprise”, he concludes.

If you have additional questions or want our sales to be in touch with you, then click here.

Lundberg unveiled their latest series of multipurpose machines early in the summer in Stockholm. The technological solutions and properties of machines in...