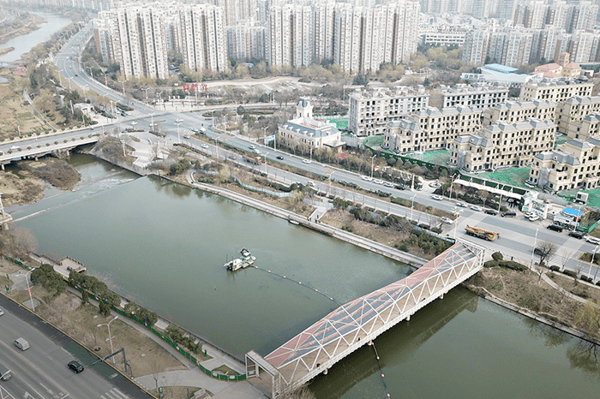 X i’an, the historic capital in the northwest of China, has been a city with abundant water resources and its development has been closely related to the superior water environment. While the city’s scale expanded, the population boomed and industrialization advanced, the flowrate of rivers and lakes has significantly reduced and the aquatic environment pollution has intensified.

Water resource shortages, aquatic environment deterioration, and aquatic ecology fragility are common problems in big cities. The municipal government of Xi’an wanted better for the local people and environment. In 2018, they began to actively restore the vital water bodies of the city.

They chose Peach Blossom Pool Park as a pilot project. It is a popular urban riverside landscape park located in the lower reaches of Chanhe River, covering an area of 101 hectares, including 40 hectares of water surface. The small lake inside the park was heavily polluted, and residents had made a lot of complaints about it.

The flood discharge from Chanhe River and the overflow of sewage from the upstream sewage treatment plant caused many problems: the sediments in the lake were silted up, the water body was polluted, and the aquatic environment had been seriously deteriorated. It was decided that the polluted sludge was to be removed by dredging. The goal was to speed up the flow rate of the river, improve the ecological conditions, and restore the aquatic environment.

It is not easy to carry out dredging works in Peach Blossom Pool Park, which is in the center of a densely populated metropolis. First, it is difficult for large-scale machinery to access the site, and to transport the dredged sludge outside the city. Second, the working conditions and engineering

construction were complex. For example, the water surface was covered by aquatic vegetation. The water depth was generally less than 50 cm, and some areas were even free of water, so ordinary dredgers could not work there. Third, the execution standards were high. The dredging works had to be carried out without disturbing the surrounding environment and nearby residents. Fourth, the planned construction period was short. The total dredging volume was about 15,000 cubic meters. It was expected that the machine should complete the project within 25 days.

One of the project partners, Shaanxi Chenghai Water Engineering Co., had fortunately just purchased the perfect technology for the project from Finland. They chose the original amphibious multipurpose environment dredger, Watermaster, because of its leading performance and operational reliability.

Aquamec Ltd. has developed and manufactured Watermaster environment dredgers for more than 30 years. The dredger is small, light-weight, and easy to transport. It is suitable for shallow water or even water-free operation. The machine can access almost every site imaginable. During the operation, there is no need for auxiliary equipment, and one Watermaster can perform the work of a complete dredging fleet.

With accurate and environmentally friendly operation and high efficiency, it is much better than the traditional way of dredging.

“The versatile Watermaster carried out all the works at the site. First, it began by raking and excavating the trash, excess vegetation and silt out from the river. Then it continued by suction dredging the accumulated sludge into geotextile tubes for dewatering. The water depth at the site was generally less than 50 cm, which was not a problem for the amphibious Watermaster.” 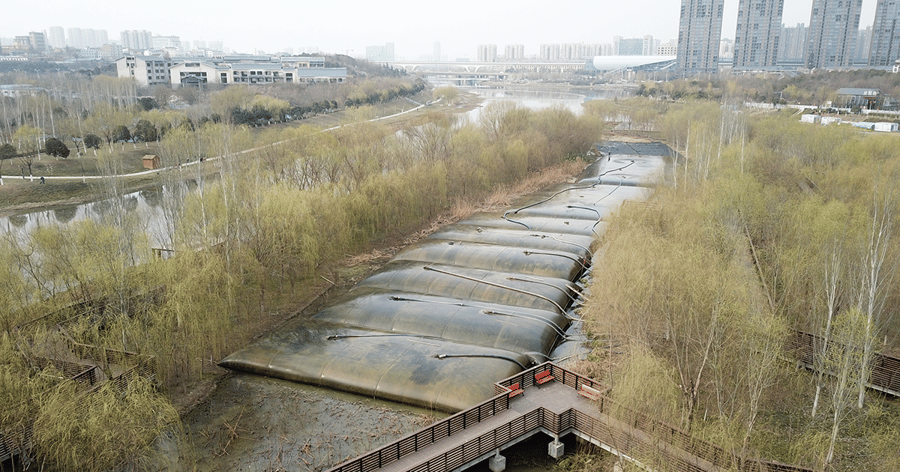 Watermaster is based on an amphibious design. It could be put into operation immediately upon arriving at the new site. Watermaster first began to renovate the revetment, widen the river channel, and remove the construction waste from the bottom of the lake by excavating.

Then, Watermaster used the rake to clean up the debris and vegetation near the water surface. In four and a half days, 40,000 square meters had been cleaned up. Then Watermaster proceeded to remove the sludge by cutter suction dredging.


One of the difficulties of the project was the transportation and disposal of dredged sludge. The following plan was agreed on: cutter suction dredging by Watermaster + transportation by pipeline + dewatering by geotextile tubes. This combination made it possible to meet the strict requirements of environment dredging and ensured high dewatering efficiency. All the dewatered sludge was used for landscape reconstruction. The whole project was completed 5 days in advance. 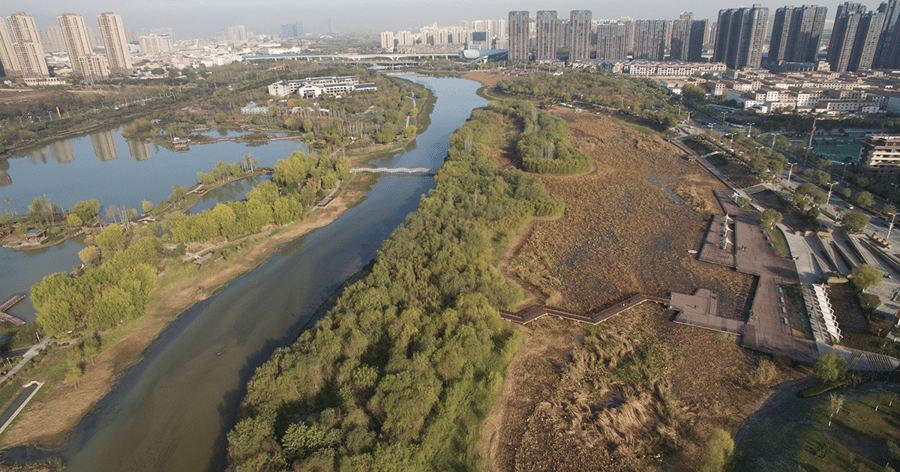 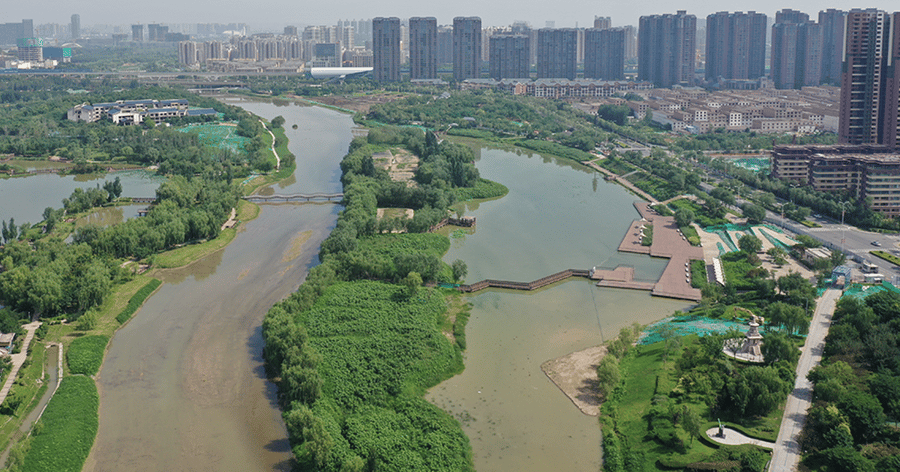 The results were very positive. The overall water flowrate in the East Lake of Peach Blossom Pool Park increased significantly, the water quality and the visual effect of the water surface improved, and the quality of air in the surrounding residential zones enhanced. The residents’ feedback was appreciative, which had never happened before in any engineering construction site of the city.

Since the completion of the project, the contractor has got recognition from the project owner and praise from local people. It has become a model leading the field of environment dredging in Xi’an and the whole northwest area.

For the full project story and video, please contact us: watermaster@watermaster.fi