GRK Rail and the Lännen multipurpose machine built on rails 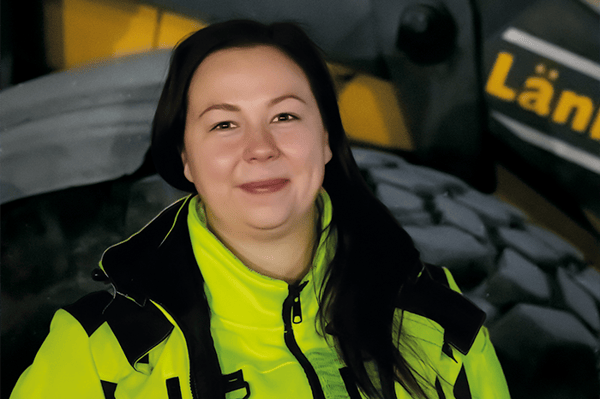 GRK Rail is a power user of Lännen multipurpose machines, and in fact, the current four machine units operate on electric railway worksites both in Finland as well as its neighboring countries.

The major Tampere Deck Arena project is rising up right next to the Tampere railway station, and as its name suggests, it forms a deck over the tracks. The deck itself serves as a foundation of a multipurpose arena and two high-rise buildings that form a versatile centre for sports, culture, leisure and business life.

SRV has been contracted to build the first phase of this site, which is expected to be completed along with the high-rise buildings in 2021–2022.

But right now we find ourselves under the deck: the project has progressed to the stage where GRK Rail Oy has started the electrical installation work on the railway on site, naturally with the Lännen 8800K.

It is one of the four Lännen machines used by GRK Rail, and it is not only equipped with the Lännen rail wheels for the railway, but also the Lännen L1900 aerial work platform that is a necessity for this kind of work. 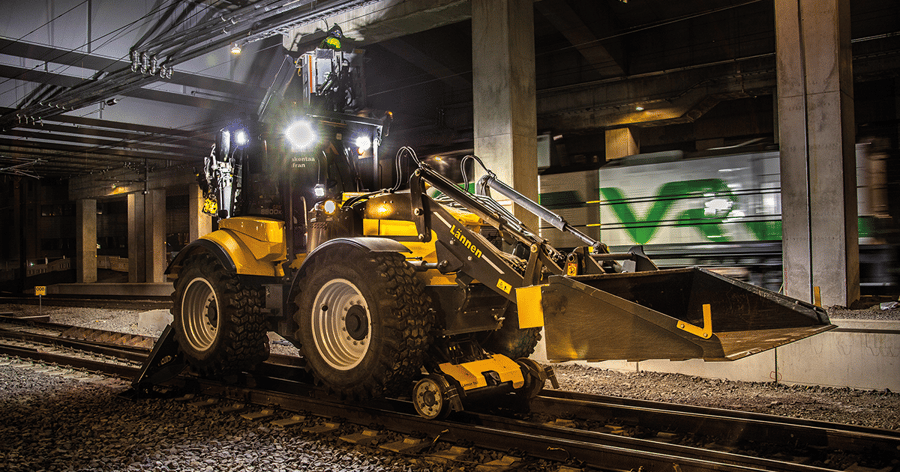 Smoothly even beyond Finland

– While working on the railway, the efficiency and versatility achieved by the Lännen multipurpose machines is essential for work on electric railways and power current, says Tiia Hakala, Equipment Manager of GRK Rail Oy.

– Building tracks and their service and maintenance are our main duties, and the Lännen machines play an important role in all of them. For example, in a comparison with previous wire laying trains, the multipurpose machine equipped with an aerial work platform is much more agile, Hakala says.

”For example, in a comparison with previous wire laying trains, the multipurpose machine equipped with an aerial work platform is much more agile.”

– Of course, more machines may be needed in some cases, but the transfers between worksites and operation on site go more smoothly, she adds.

– A machine that moves on rubber and rail wheels makes versatile movement possible, and longer trips are made on a carrier.

In addition, Hakala also mentions the possibilities of multipurpose machines in expanding the working area.

– We have contracts in places like Estonia, and we are also starting operations in Sweden. Moving these kinds of machines across borders is very easy and flexible compared to trains. In addition, changing the rail gauge needed for Sweden, for example, can be done very quickly in the Lännen machines, Tiia explains the benefits of equipment choice. 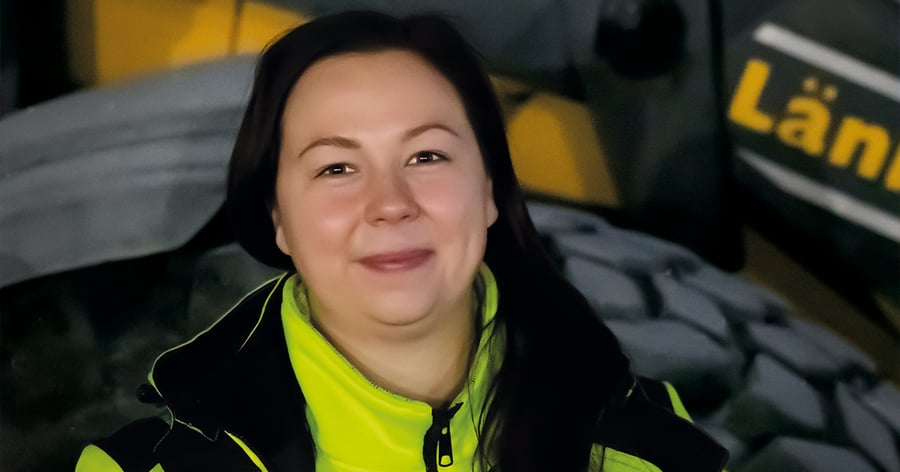 Tiia Hakala, Equipment Manager of GRK Rail Oy, praises the efficiency and versatility of the Lännen multipurpose machines that is essential for work on electric railways and power current.

help in any situtation

GRK Rail Oy owns three of the Lännen machines and rents one from Lännen Tractors.

– We needed one more machine quickly, and it could be arranged very easily. In general, the cooperation with the manufacturer has gone very smoothly, Tiia Hakala says.

– People are very down to earth about things and they deliver on their promises. When making the deals, Hannu Siukkola from the Lännen company has acted as the railway machine specialist, Hakala says.

As mentioned, the operating area of the machines covers not only Finland as a whole, but increasingly also foreign sites.

”And wherever we are, we’ve always gotten help in every situation. Sometimes with unusual issues, they’ve even come to help all the way from Loimaa.”

– This means that the maintenance network is extremely important, and in fact it has worked well. The closest service point is practically next door at AGCO in Pirkkala, and Eljas Karhumaa maintains the machines regularly there, Hakala says.

– And wherever we are, we’ve always gotten help in every situation. Sometimes with unusual issues, they’ve even come to help all the way from Loimaa.

In addition to Finland, GRK Rail has contracts in Estonia and soon also in Sweden. Transporting the machines across borders is easy and flexible compared to trains.

Lännen - a solution on rails

According to Tiia Hakala, the machines have regular operators as a rule, and recently one of the machines operating in Helsinki is working two shifts, meaning that it has two operators as the utilisation rate increases.

– The regular operators are very committed to driving Lännen machines, and in addition to them, approximately 80% of the installers also know how to operate the machines, if necessary.

– The operation of the machine used to be focused upwards, but now we have also been able to use the machines in other kinds of work on the track, such as clearing off snow,” Tiia Hakala says.

In other words, the work is focused on operating the lifting basket, the hydraulic contact wire guide attached to the backhoe, also called the “stick.” Usually, the front loader has either a horse or a bucket for transporting the equipment attached, often also equipped with an equipment box.

The machine operator at this site is Aapo Lindström, and he praises the 8800K model that has been in use for roughly a year for being even better than before, especially with regard to the hydraulics.

– It’s a sturdy and precise machine that’s easy to work with. Compared to the previous i-model, you can see that especially the hydraulics have taken another big step forward, Lindström sums up while working.

– A Finnish machine is a good choice for us. The production, expertise and maintenance are all nearby, and if we need anything, the connection is always there and open, she sums up the basics of a well-working cooperation. 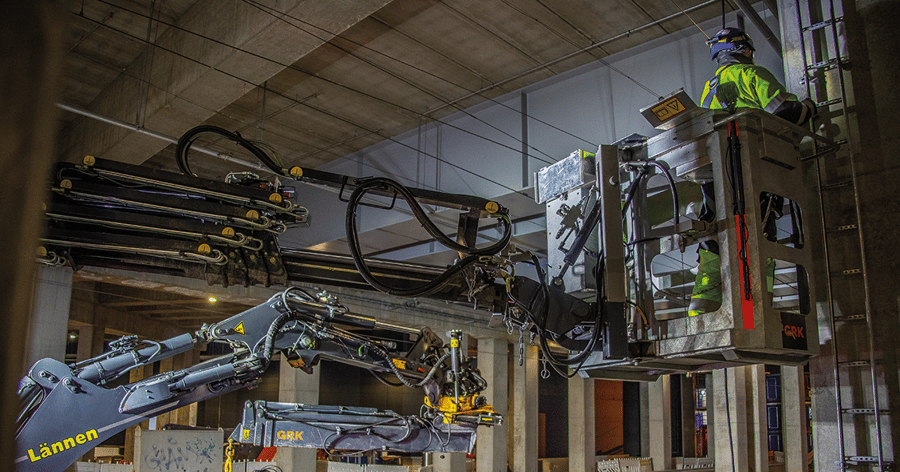